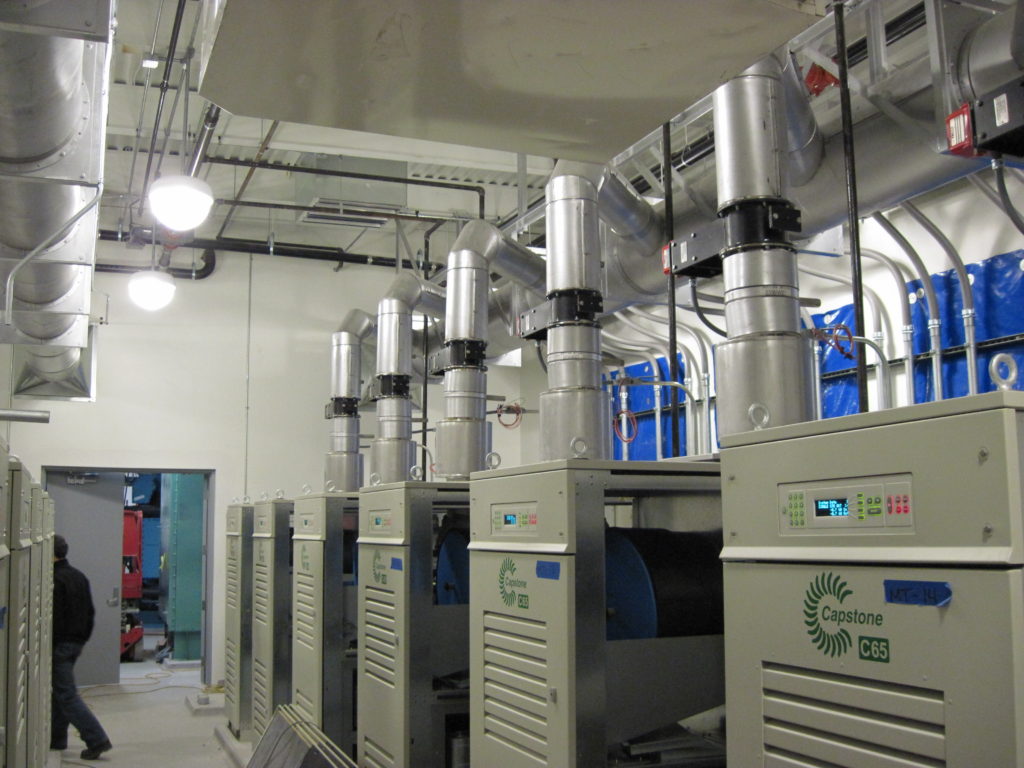 The 100,000-square-foot Presidential Library gets 95% of its energy from 16 Capstone C60 Microturbines, which provide the heating and cooling for the buildings through a CCHP application. Direct exhaust-fired absorption chillers capture thermal energy from the microturbines to provide 387-tons of refrigeration for cooling the Library and Pavilion. 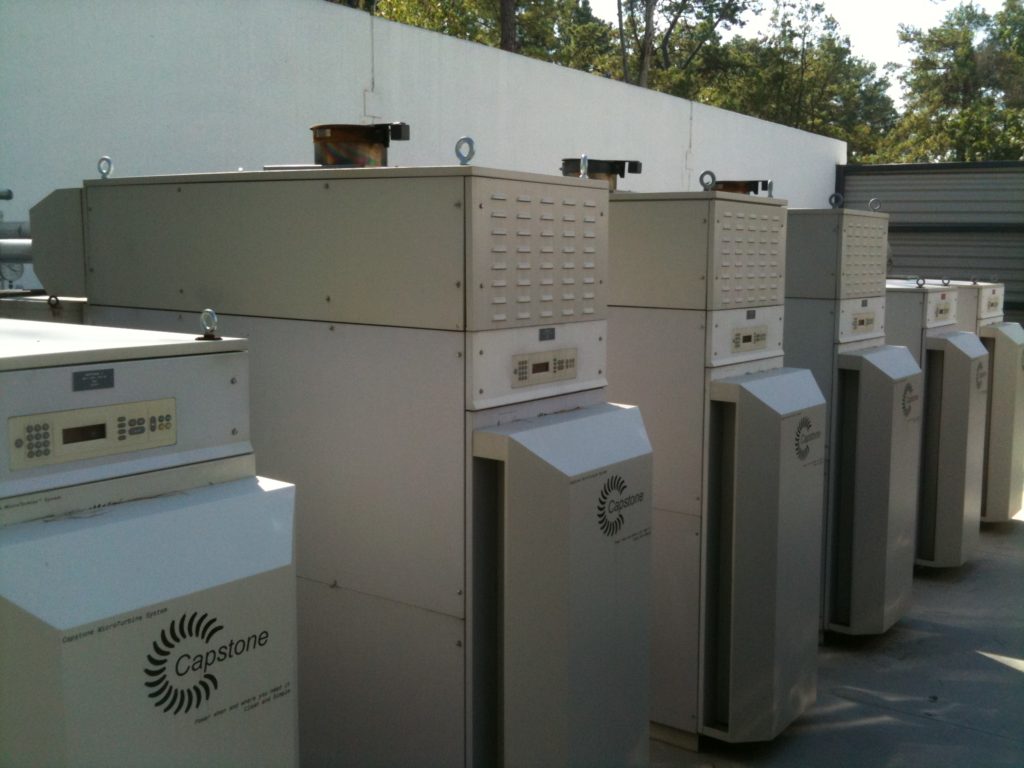 Standard and UPSource Capstone C65 microturbines continually operate the critical facility that is completely power independent. The government’s first energy audit found an overall 30% energy savings since the site’s commissioning in 2009, as compared to equivalent facilities in the country. 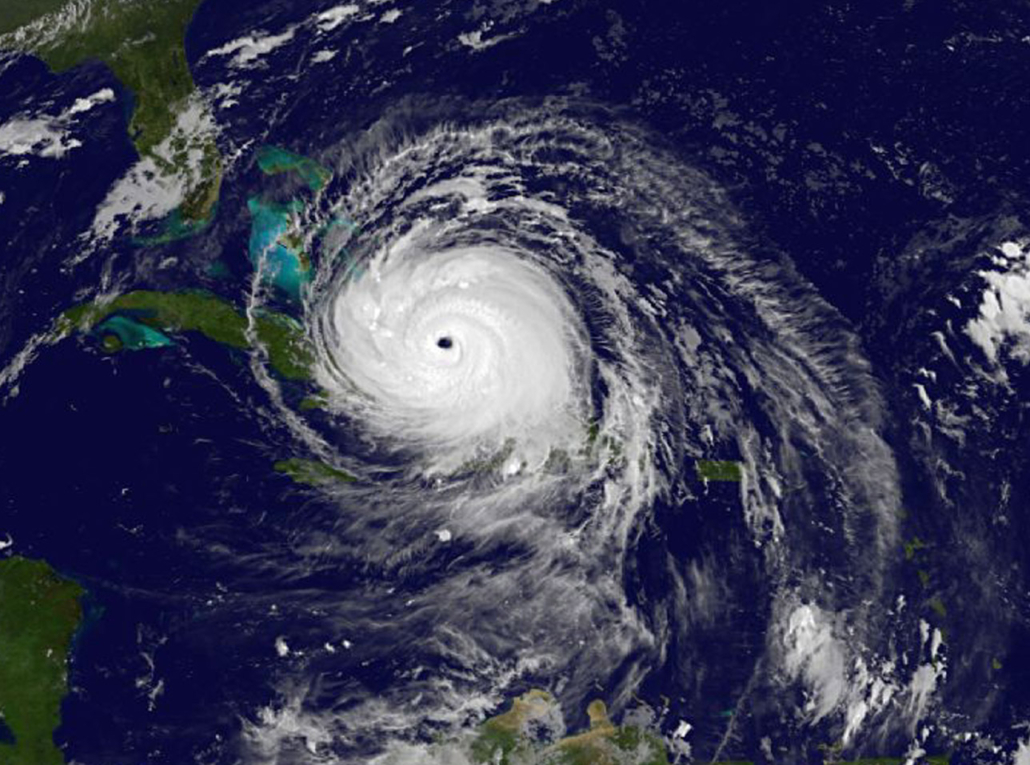 After Category 5 hurricane Irma hit the U.S Virgin Islands, many businesses remained without power and water upwards of six months. A hotel backed with Capstone Microturbines was fully functional within days of the storm, making it the first hotel to reopen.

A propane-fueled Capstone C65 microturbine parallels load with solar, wind, and renewable power technologies that together make up the microgrid at Oncor’s 150,000-square-foot facility. 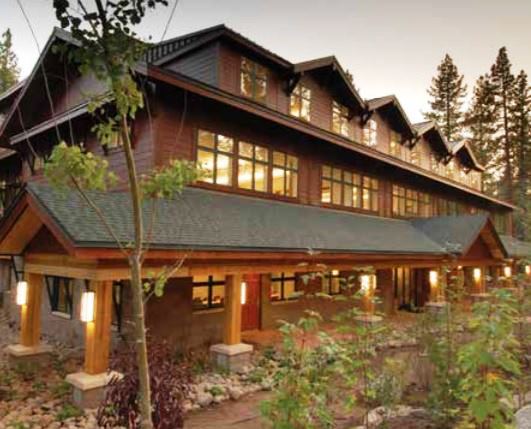 A Capstone C30 microturbine at the LEED-certified facility works in conjunction with a heat exchanger to produce electricity and hot water to heat the building.

Serving Davidow Hall, a large on-campus facility, three C65 Capstone microturbines produce more than 80% of the building’s electricity and 100% of its heating and cooling. The microturbines are dual-mode, which allows for them to provide back-up power when utility power goes down. 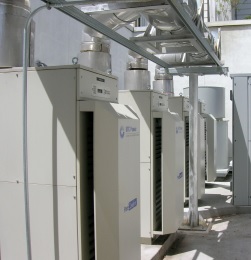 Since the rooftop CCHP system that includes four C60 Capstone microturbines was commissioned in 2005, the hotel has reduced its energy consumption 20% and saved an estimated $120,000 each year in energy costs.

Ten microturbines use waste methane gas from the wastewater plant to generate up to 300kW of electrical power (2,300MW per year). The microturbines’ waste heat maintains the proper 95°F temperature in the digesters and heats buildings in the winter.

When energy bills topped $63,000 per month and service of the plant’s four internal combustion engines required a hefty 110 gallons (416 liters) of oil every 700 hours of operating time, plant officials knew it was time to update its 23-year-old cogeneration system.

In the past, methane gas produced each year by 650,000 tons of waste was burned off in an open flare. Today this renewable energy is captured and used to fuel 24 C30 Capstone microturbines that produce electricity the landfill sells back to the utility. 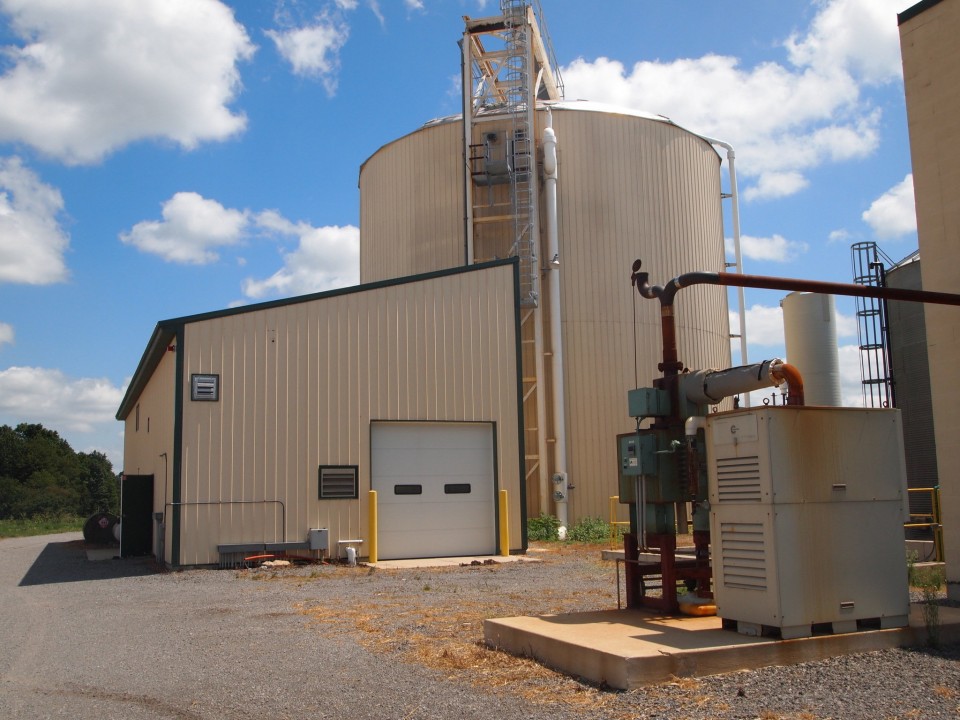 This large dairy farm has converted manure from 1,000 cows into 30kW of clean, green electricity produced by microturbines. In addition, heat from the process is reused to heat the farm’s 700-square-foot concrete liquid/ solid separator building. 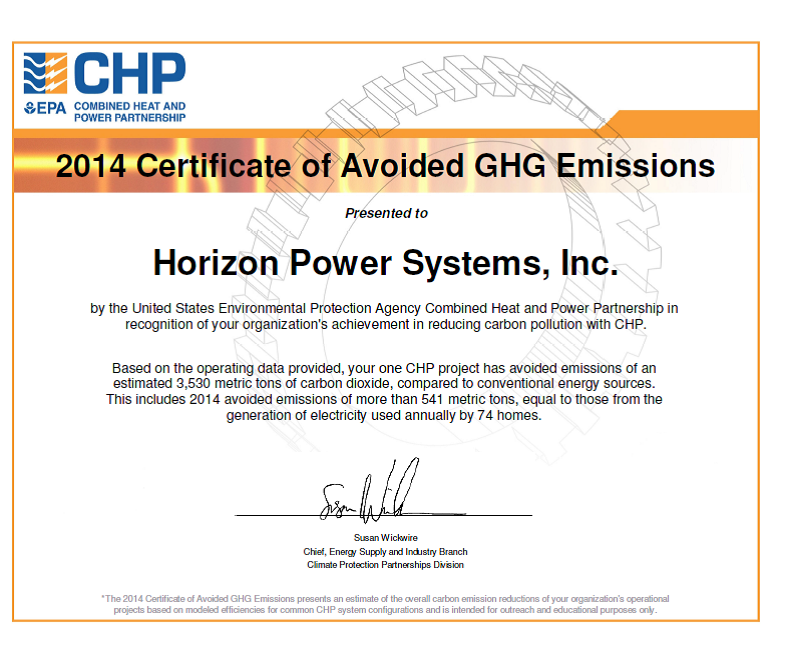 In 2014, the EPA’s Combined Heat and Power Partnership recognized Horizon Power for its achievement in reducing thousands of metric tons of carbon pollution.

The Partnership cited that in 2014, a Combined Heat and Power (CHP) system installed by Horizon Power resulted in an estimated 3,530 metric tons of avoided CO2, compared to conventional energy sources. Additionally, the project avoided emissions of more than 541 metric tons, equal to those from the generation of electricity used annually by 74 homes. 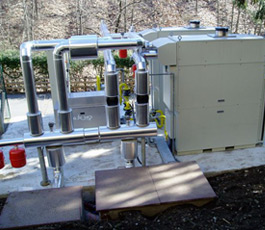